Our annual training session was held Friday, March 26, 1999. I don’t have the final figures, but somewhere around 100 people attended and were certified or recertified as severe weather spotters. Many were ham radio operators. Some were not. 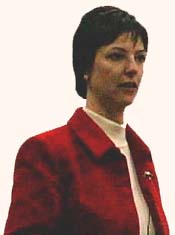 I think everyone in attendance had a good time. The format was similar to past years. For WARN’s part, we updated everyone on how we interact with the National Weather Service to provide timely observations NWS uses, in part, to issue warnings.

Mary Jo Parker (pictured above), Warning Coordination Meteorologist form the NWS, then conducted the meteorology portion and gave an update on progress at their office.

To close the evening, WARN Vice President Rob Reider WA8GFF again treated the crowd to a song specially composed for the event. With apologies to Jim Morrison, Rob launched into “Spotters of the Storm”. It seemed well received just like last year’s Garth Brooks parody. Good job, Rob! You can also view the Real Video clip on the Media Archives page. 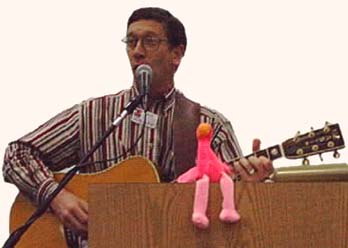 Keep sharp!! Many weather “experts” have pointed out that we are in a “La Nina” weather pattern this year, which historically tend to be “wild”. 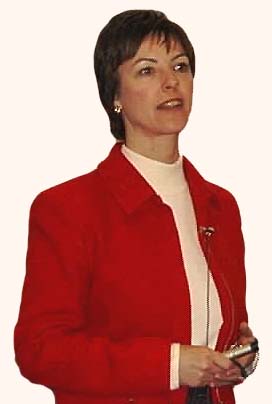 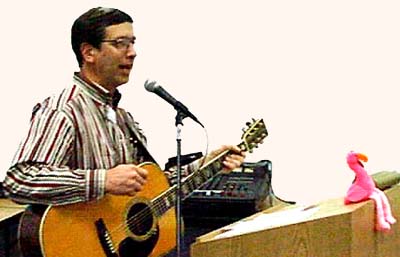